4-channel video projection and reading lounge with sound by LUX:NM.

With the project Plug In, the Künstlerbund Baden-Württemberg presents itself as a current artists’ association in a video installation based on digital technology. The exhibition format consists of a large-scale four-channel projection that spans part of the central three-story high wall in the foyer of the state of Baden-Württemberg´s representation in Berlin. The projection is based on a virtual design grid that serves as a dynamic visual ordering system for the artists’ various works. The designer and artist Claudia de la Torre (Berlin) has developed a dramaturgy from the very heterogeneous material of the more than 200 submissions representing painting, drawing, sculpture, photographic art, video works, installations, etc., which, similar to a score, links still and moving images and visualized sounds within variable time intervals. Valentin Hennig (Stuttgart) supervised the cinematic realization. Plug In thus follows an overall artistic design concept, in which the works of the artists involved are related and interwoven.

The Künstlerbund Baden-Württemberg is an association of currently about 450 professional visual artists who were born in Baden-Württemberg or who are or were active in the southwest. Admission is based exclusively on recommendations and a qualified jury procedure. Since its founding by the Council of Ten (Willi Baumeister, Otto Dix, Erich Heckel, Ida Kerkovius, and others) in 1955, the Künstlerbund Baden-Württemberg has been a frequent guest in public and private museums, art associations, and other cultural institutions with its state exhibitions, symposia, and other events. Since 2016, it has also been operating the project space AKKU in the center of Stuttgart in cooperation with the State Academy of Fine Arts Stuttgart.

LUX:NM contemporary music ensemble berlin has gained international renown for its authentic and energetic interpretations of New Music. In 2010, the ensemble was founded on the initiative of Ruth Velten and Silke Lange from several soloists* to create self-determined and versatile chamber music programs with a tonally flexible instrumentation. Intensive ensemble work makes extraordinary new projects possible, in whose program work electronics and scenic ideas naturally find their place. In addition to performing existing compositions, the musicians of the ensemble are particularly committed to initiating new works and incorporating them into their repertoire.

The video recording – available from 23.09.2020 at lvtberlin.baden-wuerttemberg.de – gives an idea of the Plug In and its sound by LUX:NM.
Due to Corona, the visit is only possible by appointment by phone under 030 – 25 45 64 00 and for a limited number of visitors at the same time.

Opening hours:
Monday to Friday: 9 am to 4 pm 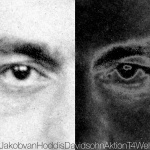 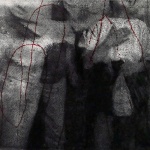